The team at Calder Community Cares were busy throughout the Jubilee celebration. Over the 2nd & 3rd of June we made and packed afternoon teas for over 50 people, hosting an Afternoon Tea Party at Elphin Court in Mytholmroyd, with guests from nearby Elphaborough.

The 3rd June was a fabulous day and the sun shone down on us all. The early afternoon was spent preparing the splendid array of food for the afternoon tea. The musicians prepared to play and two of the group led a parade from Elphaborough to the party location at Elphin Court.

What an amazing afternoon was had. Over 50 people enjoyed a wonderful spread of sandwiches, cakes and snacks. The band  played a fabulous montage of hits from each decade of the Queen’s reign in celebration of the Jubilee. There were visitors from Elphaborough and families from Burnley Road School all enjoying the festivities. It was definitely an afternoon to be remembered.

This Jubilee Afternoon Tea was filmed and will be part of the Jubilee celebration film we’re developing. This film will be taken into a number of care homes and other locations, so that residents who were unable to join an event in person can still experience the celebration. We’ll be hosting more afternoon teas as we show this film in events throughout July, August and September. 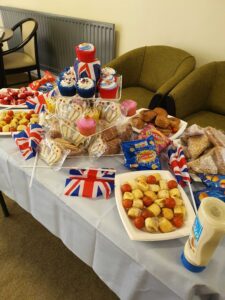 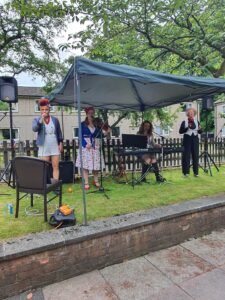 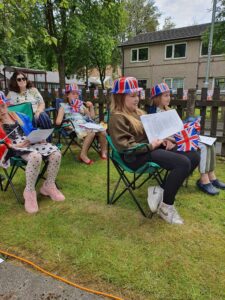 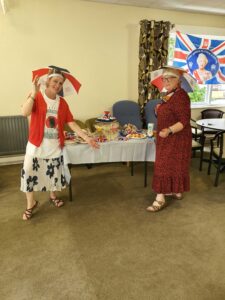 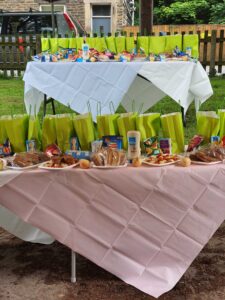 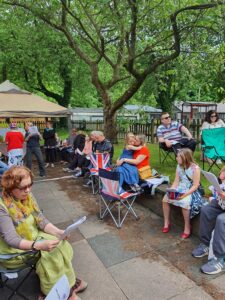